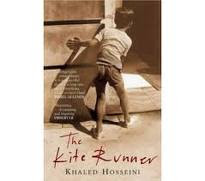 Many Afghans reacted to "The Kite Runner" with the following remark: "I could have written that!"

The Kite Runner was a  indeed a phenomenon in the US and especially in its Afghan community,  and I must give Khaled Husseini all the due he deserves: he wrote a mega best -seller. This book deserves to be categorized as literature with very wide appeal. It doesn't fit in that category of books like "Three Cups of Tea" or "The Bookseller of Kabul" which was composed with a Western commuter train readership in mind. There is nothing worse than targeted, fit to suit, commissioned writing. I refuse to even put those in the "literature category".

In fact, I believe that the best compliment Khalid Husseini could have received was the constantly repeated: "I could have written that", from his compatriots. What they are saying unknowingly is that Husseini has indeed captured their stories, evoked their childhood and expressed their feelings. This is why his novel rings so true, except for the dramatic pinultimate section, which is the only issue I had with the novel. I think the overly fabricated Taliban scenes take away from this amazing story and were "targeted" to the Western readers who would otherwise have criticized him for not mentioning the Taliban reality. 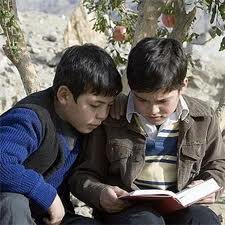 What I liked best about "The Kite Runner" was the nostalgic rendering of childhood. He painted it with the innocence of universal childhood: the games, the friendships, the fights. He celebrated childhood a la Huckleberry Finn, La Gloire de Mon Pere or the God Of Small Things. His poignant and unique difference was the early fall from grace, the heartbreaking coming of age which culminates in deceit and betrayal with the shocking scene of a child being abused and bullied. It made the book even more real and  so earth shatteringly honest.

Husseini paints his life in Afghanistan in beautiful nostalgic colors and his days as an emigrant in  the Bay Area with precise feelings of displacement and awe. Yet, he doesn't glorify the Afghanistan of his past. He speaks of it with truth and pride.He mentions that a house he thought was a palace in Kabul would not compare to modern American houses.

What Khaled Husseini has done in The Kite Runner and even more in his next novel, A Thousand Splendid Suns, is expose the harsh realities of a very polite and private society.  To the dismay of some Afghans, he "washed his dirty laundry in public". The prouder and conservative aspects of Afghan society forbids bringing up certain taboo subjects, especially if we are to share them with the rest of the world. Husseini did that with more impact than his compatriot Atiq Rahimi. The latter, a Prix Goncourt laureate, is exceedingly liberal and highly intellectual and has no taboos whatsoever. However, his sophisticated writings replete with philosophy don't reach the world the same way Husseini's simple and lyrical prose does.

The chorus of the novel,  "for you a thousand times over" ("azzar dafa" in Persian) is repeated throughout the story, a constant reminder of the true friendship between these two boys, and the loyalty that they had for another against all odds. Khaled Husseini ends his lovely novel on that heart warming note, a conclusion that still makes my heart quiver. This perfect mix of self deprication and poetic evocation in the novel is what makes it  masterpiece. And as always when one sees a masterpiece we say: "I could have painted it or written it!" It just so happened that we didn't.....In this case, Husseini did.

Posted by PinkTaxiBlogger at 6:18 PM