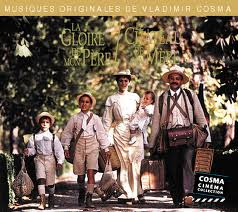 The book happens to be as endearing as the film. The adaptation is very well done because it captures the era, the place, the narrative voice with perfection. Marcel Pagnol's works are quintessentially French, and specifically from the South.  In his books, he depicts France of the early Twentieth Century: the prewar years, when French boys wore peter pan collars and played with hoops in the parks. 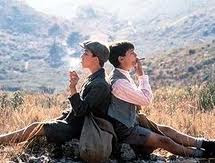 I always find consolation about my own educational shortcomings by studying them again with my children when I tutor them. This has earned me, throughout the years, the nickname of Madame Regnault.

Madame Regnault was the entire family's French teacher for four important years, from 7th grade till 10th grade at the Ecole Francaise de Sharjah. She taught the four siblings so we knew her very well and so did my parents. She had her own method of teaching and she was known to have mood swings. We are all indebted to her because she taught us a language and a culture while miles away from her homeland. She could be called a sort of secular missionary.

There were two writers that Mme Regnault overindulged in: Marcel Pagnol for novels and Moliere for plays. I caught on to her theatrical taste and played lead roles in Moliere plays: I always was the over-dramatic maid,  a very Moliere type character! But  for reasons I cannot understand today, I shunned Marcel Pagnol. Perhaps in a spirit of contrarianism and rebellion.

Therefore, when I shed nostaligc tears while reading Pagnol, it is the narrative voice that makes my feelings rise to the surface, but  it is also the gentle memories of Mme Regnault always quoting Pagnol that I remember first. 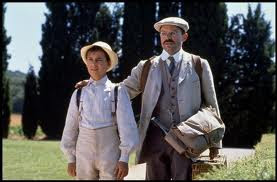 Posted by PinkTaxiBlogger at 7:28 PM