My grandfather's Rolleiflex used to serve him as a snapshot camera. The patriarch of a family of ten, he recorded family history, one season at a time, one trip at a time. He used to always align my grandmother and their children in order of age and look into the lens of the Rolleiflex,  its genuine leather case hanging from his neck. Today these photographs are our family treasure, testimonies of a dynamic family's lifestyle in the 1950s and 1960s. My grandfather must have kept the Rolleiflex till the 1970s when he offered it to my father, his son- in- law, because the latter showed an interest and a talent in photography. I remember the handing down because we continue to call it Jeddo's camera to this day. 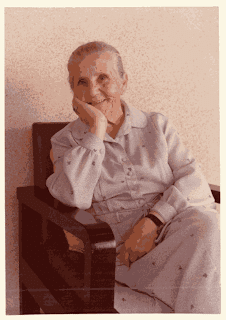 In my father's hands, the Rolleiflex became an instrument for portraits. My father took iconic photos with it, freezing time into small frames with a grainy substance, catching glimpses of smiles and attempting to soften rigid poses. He has taken  portraits in the style of Lord Snowdon, of all his living "ancestors", and these photographs sit in his extended family's living rooms. 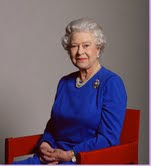 My younger brother, also talented in photography, has always been fascinated by this antique camera. He appreciates the genuine quality of the pictures the camera takes. My father has gifted it to him now. The leather case is still there but the strap has torn with time and use and he now cups it in one hand, while shooting. He holds it in his palm with the care of a Faberge Egg, peering through it from above, turning the little crank with his free hand, capturing a non digital moment. The beauty of the rolleiflex is that the photo remains a hidden gem, a surprise to be discovered only upon development of the film. He recently has captured photographs of my younger children standing each one at a time on a rectangular white stone in a park in Mediterranean France, their smiles blending into their surroundings.

My brother treasures this heirloom from his grandfather. One hopes he will continune to record time as the patriarch did. Perhaps with some added talent. 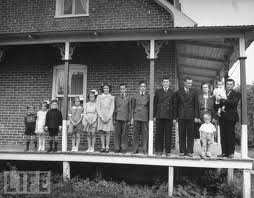 Posted by PinkTaxiBlogger at 7:33 PM