The good news for all of you readers is that I have finally picked up another writer: the late David Foster Wallace. I can now give the blog its much needed respite from my obsession with Franzen.

I actually discovered David Wallace through his friendship with Jonathan Franzen. Surfing the net, in constant search of more details on my previously elected author, I came across Franzen's laudatory remarks of Wallace and curiosity sent me to the Barnes and Nobles in Chelsea, NY, with my nephews, children and sister in tow.

I found a novel with an odd title "The Broom of the System" and a strange looking cover.  While I hesitated at the bookstore, I purchased it anyway. I showed it to a fellow reader, who encouraged me even though it didn't ring a bell to him,  but it seem interesting enough. "It's a penguin book, should be good." Still, I decided not to take it on my cross country flight. There is nothing worse than starting a book you are unsure of on a plane. I predictably and impulsively started and loved Franzen's "Corrections" instead. 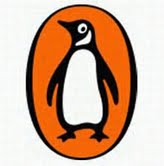 Yet, after the ordeal of travel and jetlag, I began enjoying my vacation and decided it was  a better time than any other to try the book. Three pages through and I was sold! Finally, I found an alternative to Franzen, albeit not very different.

Wallace is an American writer who had a liberal arts education. My husband and I argued about the difference it made for both writers to have experienced Amherst and Swarthmore College. I believe that their colleges paved their way and made them the writers they are today. My husband argued that they would have become the same writers had they gone to Georgia Tech or Yale.


Incidentaly, I have posted about my own experience at Smith College, where I had the privilege to cross register at Amherst College.  What makes these colleges superior to larger institutions is the small student to teacher ratio. Those intimate classes enable the teacher to become a quasi tutor to the students.


After having read the eulogies of David Wallace,  that were written by his professors and fellow students, my  hypothesis that his college education affected his writings was confirmed. He had written "Broom", the very novel I started yesterday, during his senior year. His professor was his project coordinator and the editor of an important American novel.

PS. The friend that I showed the book to, in search of some encouragement, is an Amherst graduate. He soon realized who I was talking about.

Posted by PinkTaxiBlogger at 12:15 PM