The Title of Dai 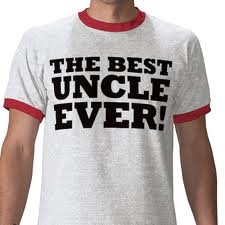 "Dai" is the title given to maternal uncles in Iran. My mom happens to be eldest child in a family of 10 children, four of which are boys. I was lucky to be her eldest daughter, and so it happened that my uncles were at most only 15 years older than me. They were basically like older brothers.

I have been very fortunate to have four Dais. They did a very good job as representatives of the Mehra culture, a hybrid of Iranian and American norms. This family culture combines  Eastern values and casualness from the new continent.

I can speak for all my cousins and siblings, having frequently exchanged notes on the matter, when I say that each of our Dais are unique in their own ways. They have a common base and attitude towards us, but each one gave of his own to us.

One thing they all have in common is that they have been amazing role models to their many nieces and nephews. They are nature lovers at heart and fearless atheletes. They are spontaneous and charming and the Iranian/Irish/French mixture made for very handsome men.

The first uncle is the most reliable one, as well as the  most intellectual. He speaks many languages,  is an avid reader,and enjoys good movies. He is the one who had the patience to proof read my college essays. He is also very athletic and has taken us dune bashing frequently. He drives an old Toyota Land Cruiser with a hatch back and throws us all in for the ride of our dreams. 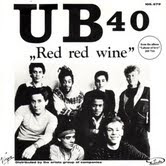 The second uncle is the most relaxed and easy going one. His tempo can be compared to a UB40 tune. He is the most nature loving. He chooses any sport and excels in it. He is also the most sentimental  and emotional of the four. 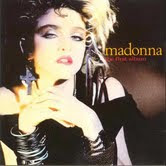 The third is cool in every sense of the word, although he is known to be hot tempered at times. He's a great dancer and was the one to take me night clubbing for the first time. He also was the one to introduce me to Madonna. He is an attentive uncle, who used to demonstrate to us us how to walk sideways down a mountain, and how to climb one without falling down.

The fourth uncle was the closest in age to me, only seven years my senior. He had an ear for music (Depeche Mode and the Cure), and an alternative taste for life, one he filled with humor and fun. He was also artistic and knew how to draw the best car designs from an early age. He  also used to enjoy playing practical jokes on everyone. 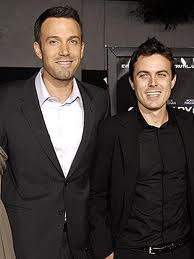 My children have two Dais. When they bestow that title on my two brothers it is in that Mehra tradition, where Dais are fun, informal and caring. They should have been called Khalo since they are Lebanese, but Dai suits them much better, because I know they make the effort to perpetuate that relationship they themselves had with their maternal uncles. 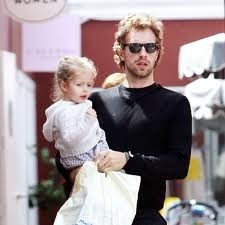 A third Dai joined the family almost a decade ago. He has nothing Iranian to him, neither language nor origin, but his parents did study and meet in Iran! The title was given to him because Amou, in Arabic, just sounds too stern, for an equally loving, casual and giving man.

I will try hard to evoke what makes my brothers and brother-in-law so special as Dais. They are not as different from one another as our own uncles were. Their approach to their nephews and niece are very similar because they have grasped the essence of what it takes to be a Dai. They are casual, loving, very hands on. They are involved, interested and they put the effort. They are always there: births, birthdays, beach and desert outings, swimming pool sessions. They sit into study time, sometimes even conduct the tutorial. When they are with the kids they come down to their level, play and indulge them with toys.

I myself  have two boys and I am certain, that despite their now small amount of Iranian blood pulsing through their veins, their nephews and nieces will still call them Dai, a term of endearment and respect, that has been coined after the lovely Dais that I have and those that came in their image. 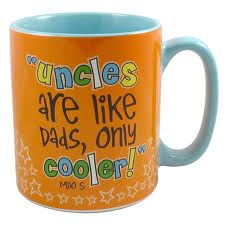