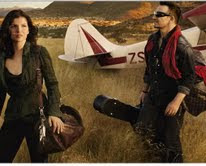 I have been reading "Freedom" by Jonathan Franzen compulsively. I cannot put it down. Yet my busy life only gives me room for interrupted reading. I bet Franzen designed the book to be read in such a manner, almost like a TV serial, with various episodes to each chapter.


Each time I resume the reading, I manage to have not lost track of the plot. I have already anticipated the next step, one chapter winding into another. Often the plot lingers on but sometimes it is abruptly interrupted, while the secondary plot that had also been halted suddenly begins again. The writer teases the reader with constant flashbacks or rapid jumps ahead. However time is not of the essence in this novel. The narrative may span a family of two generations, but the reader doesn't care about the decade, just the story line.

There are however many allusions to popular culture of the era. Franzen is obviously obsessed with U2 and Bono in particular. He is mentioned at the beginning of the book, as a politicized singer, and in the midst of the novel, his albums and music distilling the story with music.

Many a time, when Franzen describes the young protagonist couple, you are reminded of the film by Oliver Stone, "Natural Born Killers". Not that these characters are violent drug addicts,  but it is their wild and crazy demeanor which brings the Oliver Stone figures to mind.
Franzen even makes a clear reference to the cartoon, "The Road Runner", in a paragraph that I will cite for illustration: "He had the sense that he had run right off a cliff, was still pumping his legs, but would be crashing very soon". 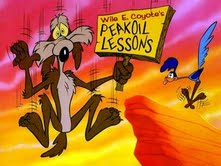 Many book reviews describe "Freedom" as a saga of a dysfunctional American family. I think he barely refers to the family, perhaps in order to carry that point further. He certainly develops each character with  intricacy, all the way to the body language, and they did bring to mind a  relative, or a friend I many know intimately.  In fact, Franzen offers each of his characters the power to self-analyze. Unlike existentialist novels, here, the protagonist knows why he feels a certain way.

Freedom deserves the title of  the "Great American Novel". It is an extraordinary story about an ordinary family. The story is stored in the rich description of today's America. In Franzen's pages I discovered the post 9/11 United States political and cultural environment.

I predict with confidence that the book will become a classic.

Posted by PinkTaxiBlogger at 11:06 AM