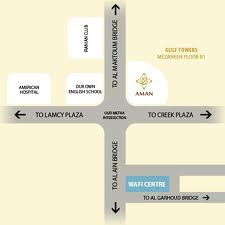 Sheikh Mohammad Bin Rashid  has called an avenue in Dubai by his daughter's name: Metha and soon the neighborhood itself became Oud Metha. It is an active neighborhood, replete with schools, social clubs, hospitals and businesses. I am there every day of the week.

Al Naser Leisurland is a fixture of the 80s. It was the "Wild Wadi" of the times and still has a very active ice skating ring, now a lieu for professional skating and ice hockey and less for leisure-skating as the name would lend it to be. My brother used to practice ice hockey there. Lugging the whole equipment from the USA, making it difficult for my sons to follow in his skates.

We used to practice our karate in that neighborhood as well, at the Jordanian Club, which isn't far from the Iranian Club. My parents are enthusiastic fans of the Friday Iranian buffet where a scrumptious all you can eat kebab is served.

My children's school is located in Oud Metha, steps away from the Iranian Club and the adjoining American Hospital. This explains why I am in Oud Metha almost daily. The campus is located in the AlNaser compound, next to the AlNaser football stadium. The stadium hosts Bayern Munich and we make sure to stalk Frank Ribery during his annual practice sessions. 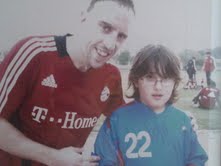 Therefore I am bound to go down memory lane every time I drive my kids to school, into the AlNaser Leisurland compound, remembering the times I used to smuggle myself into the ice rink without paying. I had short hair at the time and would easily pass as my brother on his hockey card. The latter would fit in his own hockey bag, that I dragged into the building till I unzipped him free. 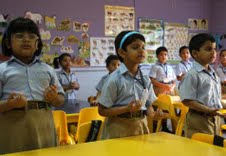 Numerous schools surround us, My Own English High School which has the highest quota of admissions to Harvard in the UAE. A fact only known to me as I have volunteered as an interviewer for Harvard applicants living here. Another school with a perfect reputation is DESS across the street from AFLEC. Nocturnal swim squads there three evenings a week increase our visits to Oud Metha! 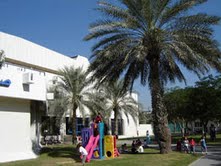 There is a French educational island in Oud Metha if we count my own alma matter,  the Lycee Pompidou, the Alliance Francaise and  the French bookstore CultureCo. This is why Starbucks at the Movenpick is constantly mobbed with French speaking parents! I often read LeMonde between the drop off and my escape to Club Stretch.

We are very fond of our dusty, almost makeshift, unpretentious French lycee, the AFLEC. The vibe is good and the results very satisfying.

Last but not least are the dreaded weekly Farsi lessons that the elder kids take in this neighborhood, attending a computer center with exclusively Iranian teachers.

Another reason to go to Oud Mehta is for Lamcy Plaza, the specialized mall and the little India town that surrounds it. Occasionally, my brother will insist we have a meal at BarbeQ Delight, a Pakistani.

There isn't anything fancy about Oud Metha but it is it's accessibility, great schools, and little restaurants which make it a neighborhood I frequent more than I would have imagined.

Posted by PinkTaxiBlogger at 11:36 AM