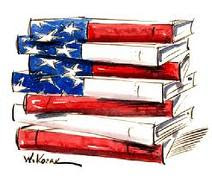 I have argued with my sister for months about the state of French literature. I went out of my way to demonstrate the opposite of her conviction: that French contemporary literature has turned stale in contrast to American literature. I only read in French this summer. I did make my demonstrations, based on those readings. On this blog, I wrote an open letter with all the proofs and facts that French literature remains dynamic and rich. I posted a few separate book reviews of French novels.

What I hadn't done was read American literature! When I did start "Freedom" by Jonathan Franzen, and got sucked in and then became passionate and obsessed, I discovered what she had been talking about all along.

I went on a reading rampage: Freedom, The Discomfort Zone, The Corrections all by Franzen with a short, transient and brief encounter with David Foster Wallace (The Broomstick of the System). Then, I prompted myself to a sudden halt. Enough overindulgence! I did secure "Twenty Seventh City" by Franzen but laid it on my side table with Dostoevsky and the French novels that have been lingering  in  literary pergatory, as I devoured one Franzen at a time. 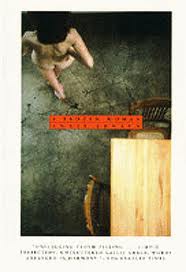 I then remembered the abandoned French novels, took a deep addict's breath and attempted a substitute. A thin French novel, "A Frozen Woman" by Annie Ernaux, an author who has received praise from LeMonde, and whose other books I had read this summer.

Annie Ernaux is born in 1940, nineteen years before Jonathan Franzen. Two decades make a great difference for me, as decades in the twentieth century are so dense with events that they seems longer than in other centuries. Franzen writes about a world I can relate to and recognize because it is the USA from the 1960s onwards. Ernaux, when she recollects, writes about a world I can only imagine for having studied the history of France. The French dwell on the post war years, the ones they call the "Glorious Thirty Years". We are taken to a world that the Americans today aspire to create. A world of organic vegetables, fine cuisine, erudite learning,in a slow paced, refined village. A mechanized version of Proust's In Search of Lost Time. 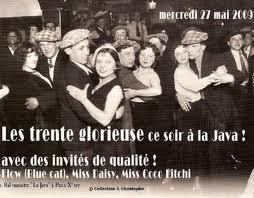 In fact, that is the tone of most French novelists: they are always looking behind. Nostalgia drips in each sentence, no matter how critical they are of their past. Ernaux may scorn her parents but the environment of her childhood is glorified. She dwells on the smells, the tastes and the still lives that shape the interiors of her past.

Ernaux's criticism is plain harsh. In contrast, no place for hard or bitter feelings in Franzen. Americans are generally more happy-go-lucky. No humor in French novels, unless the novel is intended for school children like "Le Petit Nicolas" which is hilarious. I am one of the few to find humor in Michel Houellbecq's works. His erotica is so prevalent and exaggerated that it actually becomes comical.

Dear sister, I do concede: Franzen rocks! No French contemporary writer has created a world that draws you in, the way his does. I am struggling with the cadence of this other French novel and am trying to travel from one cultural paradigm to another with minimized turbulence and attenuated cultural shock. 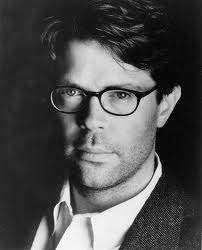 Posted by PinkTaxiBlogger at 5:52 PM