When I write in French

My sister tells me I write better in French than in English. I just think I write differently. With a different voice. 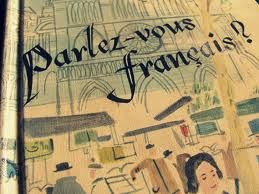 I speak both languages fluently and have studied them both formally. I spent half of my education learning the French language and mixing with French kids in the playground and spent the other half of my academic life perfecting an English I considered to be my mother tongue.

But somewhat, the culture and my approach to the English language, which I know as American, is more casual. I believe I write more spontaneously, with little construction, with more liberty.

When I choose to write in French, the language, in all its richness, constrains me. I will convey a narrative, not as I lived it, but as the words express it. The grammatical complexity of the language persuades me to think longer, to linger on the moment, to extract the feeling. The choice of verbal tense makes me wonder about the time lapse: do I feel it irrevocably spent in the past tense or can I relive that time with the present tense? By appending circumstantial complements at the beginning of the sentence I am highlighting that detail.

I recently wrote a narrative in French. The writing experience was a trip of its own. I was regurgitating time. I am certain that others experience the same when writing in other languages than French, namely English.

This doesn't happen to me in English. It is my personal approach to both languages. And now I wonder, why the urge to write in language and not the other?

One thing is for sure. I cannot easily translate my own writings in another language. Certainly the ending would have been very different.

Posted by PinkTaxiBlogger at 11:48 AM