Do You Believe in Fairy Tales? 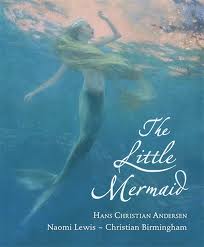 My 8 year old daughter asked me the same question this morning while I read Little Mermaid to her at breakfast. "Do mermaids exist?" I answered in the affirmative, with a determined white lie. In Denmark, they believe in mermaids and they have made a statue of the little mermaid!

As I read the fairytale I knew so well, I noticed how rich the language was. Indeed it was literature I was reading to her: as classic as it gets. Fairytales are part of the French curriculum. They illustrate history, especially medieval history when knights,famines and kingdoms existed. They also build a common base for our imagination. We all trampoline on fairytales that bounce us in different trajectories, but we can all refer to the same stories.

In fact, we interpret fairytales in our own ways. When we are small, we take it literally. Later, we begin to use them as images for life. This is why we give "frogs" and "beasts" a chance for they may be hidden princes! This is also why we drop a shoe, a mere excuse for the suitor to come chasing. Sleeping beauty is an image for patience, "the time will come". And mermaids? Good encouragement for us to take up scuba diving.

SnowWhite and the Huntsman met my expectations as an entertaining film. I had seen Red Riding Hood and I was in for another gothic, dark, medieval and "vampiresque" fantastic film. In fact SnowWhite's role was played by the Bella of the Twilight with her characteristic new century attitude of virtuous, courageous and independent teenager. In this film too she gets caught in a love-triangle, an indication of how far interpretation can take you.

Yes, I believe in fairytales and I feel sorry for the very few who have been deprived of them during their childhood. Not believing in fairytales ends up catching up with you... 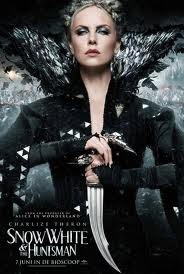