"Every Teardrop is a Waterfall" on a Hot Summer Day 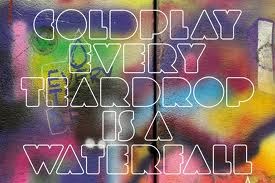 Two summers ago, I gifted a friend a Pet Shop Boys CD, as he was staying in Dubai for the summer. "This record works better than any car airconditioning" I'd told him. It is light, fresh and uplifting. Its title YES was optimistic. My children and I had survived on it on a full June loop, day in day out, singing along to its pop-poetic lyrics.

This June, with temperatures soaring in Dubai, I drove one day, solo to school to pick the kids up, and arrived early as always. I would have switched the car engine off and found myself an itchy palm trunk to lean my blogger back on and type on the blackberry, as I am doing now, writing another post for the blog. But then  DJ Nathalie changed my plans with a simple request to remain tuned in for the new Coldplay single in fifteen minutes.

That is when I indulged in a non-environmentally correct activity, which consists of keeping the motor running so as to preserve the airconditioned ambiance, and I waited in the car, locked on to 92FM. My sister had mentioned the single a few days earlier, "Every Teardrop is a Waterfall"  and I was impatient and excited, like Pooh waiting for his honey. The title was so appealing. Waterfalls are on my top list for imagery.


It was then that Nathalie (who I know well) ushered Chris Martin's latest song. The guitar, the voice, the lyrics. I sat gazing at the lush Al Nasser stadium gardens that house our school and listened. But I soon preferred to close my eyes and listen intensely, as I would have done for a symphony. It is always a delight to discover a song you like for the very first time, at first tune.

I know that I will react with delight when I hear it a second time. Then, by summer's end, it would have become recognizable, later familiar and eventually will be cataloged in my emotional roster of tunes. 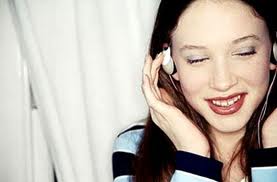 Posted by PinkTaxiBlogger at 1:28 PM