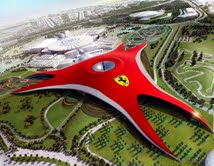 In rare instances, traffic reverses in the opposite direction and Dubai residents drive to Abu Dhabi for their entertainment. I do it annually for Art Abu Dhabi. I also make the effort for concerts.

A few years ago, I took a bus ride to Abu Dhabi with a dozen friends and we enjoyed a Justin Timberlake concert. Last year, I attended a Coldplay concert with my family and had a blast! My son still fondly remembers that concert, his first ever, which continued despite the pouring rain. What a musician Chris
Martin is! 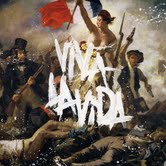 Last night it was Kanye West, the king of Mega Cool, at the Yas Ferrari stadium. As a male diva, he was expectedly late to his own show, but he didn't deceive. His voice was strong and he rapped effortlessly. The only thing missing was a vintage Versace silk shirt for him to wear! When will those make a comeback? He did appear to be too tiny as he sang solo on such a large stage. Unfortunately I had to leave early, before the crowds, and thus missed his infamous  "New York".

How cool was it to experience this concert by Kanye in the context of the Formula 1! The cars thundered past us, and I enjoyed watching them for a little while. Almost like the horses at the Dubai Cup. Except that the car aficionados are a hipper crowd to watch then the horse racing audience!  But in the end, is it ever really about the cars, the horses or the tennis? 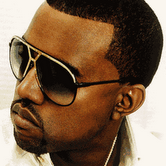 Posted by PinkTaxiBlogger at 4:49 PM