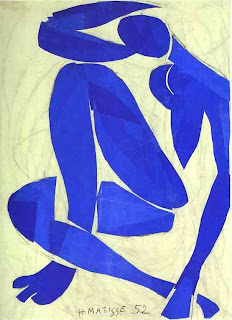 The fitness class I attend traditionally every fourth friday of the month had its regular intercontinental representation: Indians, AngloSaxons of all kinds (from Australia to the UK), the American instructor standing in for that continent, Asians, Africans, I, the only Arab, and  the  Western Europeans were represented today by three French individuals, one of them waving a surprised hello at me (perhaps his first time here): my son's Science teacher.
I smiled vindictively: "Aha! Now he will know how it feels to be a student. French (in the school environment) just don't workout the same way as the Americans. And since this wasn't a judo class (where the French excel) I was predicting the predictable!
In this exercise class, instructions are given in academic terms: step by step "consignes" (to take from the French), with a combination of geometrical and anatomical terminology. The requested discipline (tainted lightly by American military philosophy) is similar to the mandatory one at French schools: listen carefully, do as you are told and "surtout" no daydreaming. Simple enough, I thought, as I peered toward the French group.
Have a taste of your own medicine!
The French who predictably were clustered in a triangular island of their own were picked on the most (for all the cone hats our teachers put on me and my son's head)! They even got a carthesian parable frisbeed at them (and I still don't think the instructor  had guessed their nationality by that point, which is the same as French philosopher Descartes): "Mind over body!" And when the instructor asked theroom: "what is up with this group, where were you guys last night, partying hard?" I wanted to venture my own answer: well I was at swarvosky- themed women's only wedding last night, but that is not it. There is a cultural barrier here, can't you see?
That cultural barrier that took me so long to surpass when I first participated in this Americanized fitness activity. I battled with the terminolgy, struggled with the energy and misunderstood the mandatory concentration. And that was the moment compassion instead of cruel petty vengeance overcame me.
I tried all my telepathic energy. My mind's reflex was to simultaneously interpret: thorastic cage for "cage thoracique", elbow for "coude", heel for "talon". Happily, I think the instructor also felt the language barrier: now he was slowing his instructions, omitting some prepositions (doesn't every english speaker do that when speaking to a foreigner?) and precisely describing: the elbow is the bump between the arm and the showlder. I kept thinking gauche et droite for left and right and we got to that contorsion that ressembles the blue painting by Matisse, and the air loosened, and suddenly we were sweating less in that hot room.
Yes it was bikram we took this morning, but I saved that for last because it got in the way the  last time I got inspired in that room.
When my 10 year -old son heard that his poor science teacher took a bikram class (and he knows the  bikram instructor's disciplinary code of conduct) his only remark was: "Maman, do you think he will ever go back?"
Posted by PinkTaxiBlogger at 6:55 AM